Dr. Remco Westerink and his colleagues from the Institute for Risk Assessment Sciences (IRAS) at the Faculty of Veterinary Medicine at Utrecht University have developed a model that has the potential to replace inhalation studies with living animals to measure the toxicity of substances.

They had previously developed a microelectrode array (MEA) model to test substances for neurotoxic effects, by exposing cultured nerve cells to a test compound on a 48-well plate. However, this model does not provide the level of complexity in order to replace the often mandatory animal studies. Therefore, a more relevant method for safety pharmacology and toxicity testing has been developed. The MEA model was linked to an in vitro lung model which resulted in the so-called Air Liquid Interface (ALI) model. A test case with E-liquid has showed promising results.

Read more about this on 3Rs-Centre Utrecht Life Sciences website. 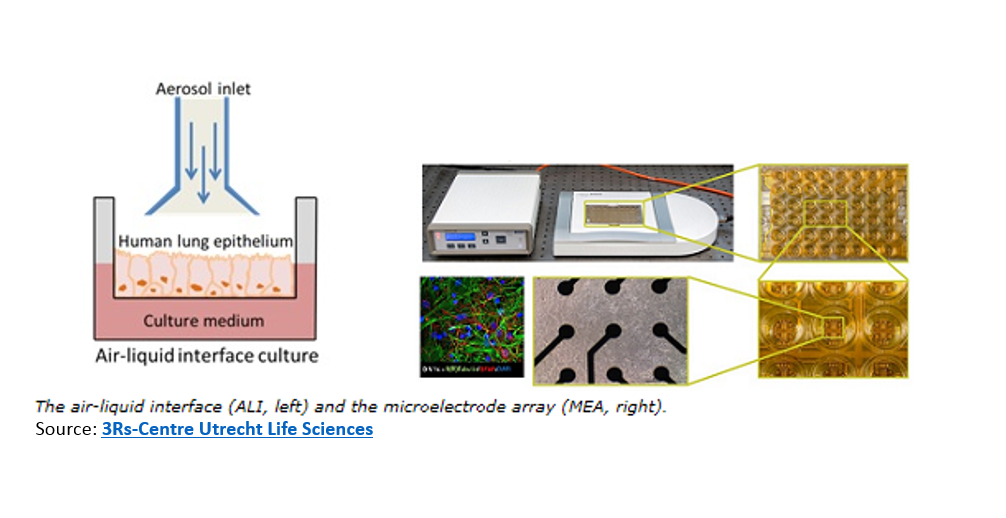