A 3D in vitro model to detect sensitization after aerosol exposure

A team of researchers from the Luxembourg Institute of Science and Technology, the University  of Trier, & the National Institute for Public Health and the Environment in the Netherlands have developed an in vitro alveolar model to assess the respiratory sensitizing potential of inhaled compounds.

Previously, the Luxembourg Institute of Science and Technology developed a 3D cell culture model on the alveolar barrier (Klein et al., 2017). In this study the effects of known respiratory sensitizers and irritants in the lung-blood barrier were investigated in the alveolar part of the respiratory tract. They found a set of suitable markers which are able to identify the compounds that cause sensitization. However, only a few known substances were analysed in this study, which means that additional testing with other sensitizers is needed to further validate the model.

The same approach can be also used to for the other parts of the respiratory tract (the nose, trachea and bronchi). 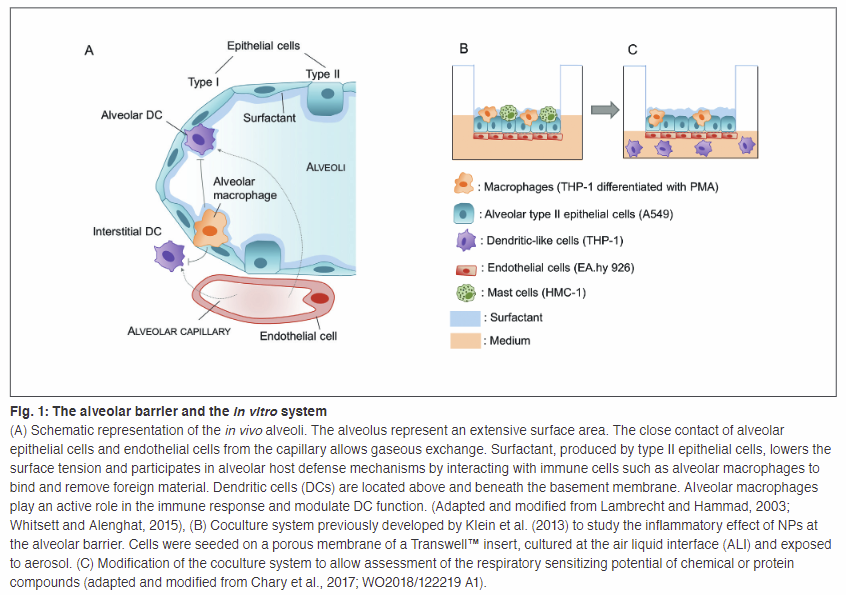